As Wall Street banks ramp up investments in China to win a bigger slice of the $45 trillion finance market, some of China’s biggest brokerages are going the other way.

As China opens its finance market further for global firms, the government is trying to foster “aircraft-carrier sized” brokerages by encouraging local players like Huatai to grow bigger and stronger at home and abroad. China is in talks to merge the two biggest state-owned brokerages -- Citic Securities Co. and CSC Financial Co. -- according to people familiar with the plans. If the deal goes through, the merged entity would be in a better position to compete with Goldman Sachs Group Inc. and others after China removed foreign ownership caps on brokerages April 1.

Huatai is doubling down on international expansion, after becoming the first company to take advantage of the Shanghai-London Stock Connect, a link between the two bourses that allows companies listed on one venue to issue shares on the other. Huatai raised $1.7 billion in London last June.

“By listing ourselves in such a program we opened up the market, and when other Chinese companies come to float in the U.K. we become the go-to-bank naturally,” Wang said in a phone interview from Hong Kong.

Huatai, China’s third-largest brokerage, is working on other listings in London of global depositary receipts, or foreign shares, though Wang declined to name them. The listings are on hold after the stock connect program was temporarily halted on political grounds over the U.K.’s pro-democratic stance on Hong Kong protests last year, people familiar with the matter told Bloomberg News in January.

Pushes by other Chinese brokerages to expand abroad haven’t gained much traction. Citic’s highly touted attempt to build an international presence by buying Hong Kong brokerage CLSA Ltd. in 2012 faltered amid a wave of infighting and defections. Haitong Securities Co., which gets more than 25% of its revenue from Hong Kong, has struggled with an investment-banking unit in Europe.

The flow of Chinese companies listing in the U.S. may slow after the recent Luckin Coffee Inc. accounting scandal. Morgan Stanley, Credit Suisse Group AG and Haitong International Securities Group took Luckin public last year in New York, and were among the biggest backers of margin loans to the company’s founder that went sour.

“I think this incident is a warning sign for Chinese brokers: it’s not fool-proof to follow the global banks and sign your name to make a fee,” said Wang. “We know our corporates and our market well, that’s our relative advantage and we should be more careful in practicing our sponsoring duties.”

For Nanjing-based Huatai, the U.S. is a key market after a series of investments. Huatai bought an asset management tech firm, AssetMark Financial Holdings Inc., in 2016 for $770 million, and took it public on the New York Stock Exchange in July. The shares are trading close to the IPO price of $22, for a market value of about $1.56 billion.

Shares of Huatai Securities gained 0.4% in Shanghai aso of 10:13 a.m, narrowing this year’s decline to 10.2%. The benchmark Shanghai Composite Index has lost 6.8%.

The group is “open to more acquisition opportunities in the future that are in line with the company’s strategy,” Wang said.

Its investment-banking arm, Huatai Securities (USA), obtained a broker-dealer license last year for underwriting, brokerage and mergers advisory, becoming one of the few Chinese brokers to offer these services.

Read more: China Is Dismantling Its Great Financial Wall: A Guide to 2020

On the home front, Wang doesn’t expect the Wall Street firms -- in the short term at least -- to take a big chunk of the Chinese market, which is dominated by the five biggest brokerages that capture about a third of the industry’s revenue.

“China’s top brokers have secured their market shares and advantages in respective areas over many years,” Wang said. “It will not be easy for foreign banks to shake that landscape in the short term, even with the ownership limit lifted.”

Wang said strong institutional sales and trading, backed by integrated cross-border services, give local brokers like Huatai an edge in luring foreign money following the inclusion of Chinese assets into MSCI indexes. That was borne out with record first-quarter profit for Huatai International even as the coronavirus roiled markets, he said.

“When the market plunged, it’s hard to be spared,” Wang said. “Providing cross-border financial services will help us weather the financial crisis.”

— With assistance by Evelyn Yu, and Emma Dong 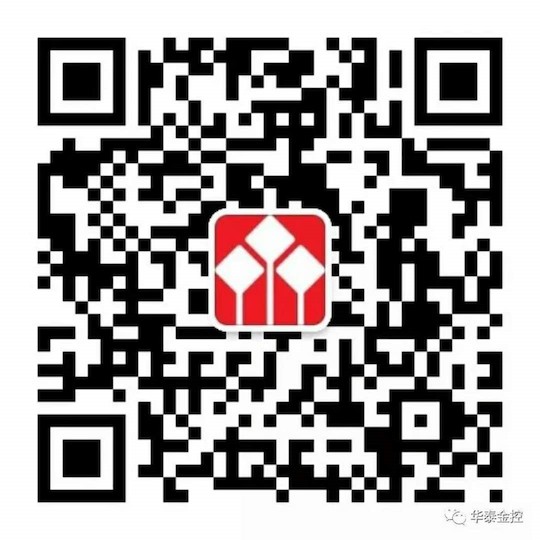